Up Close and Personal with Local Artist, Cammy Davis 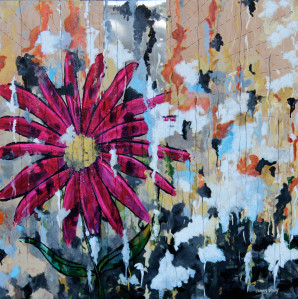 Sixteenth in a series of artist profiles by Randall Grealish for the Jacksonville Review.

Many people who grow-up in small towns long for the chance to escape to the promise of “the big city,” only to return later to the comforts of small town life.  Small towns and big towns alike often have some sort of rivalry with their neighboring cities – the Rogue Valley is no different when it comes to cross town rivalries. Sure, this can be great for sports teams but in the art community, is it really necessary?  Jacksonville’s very own Cammy Davis has set-out to bring the Rogue Valley’s art communities together saying, “there’s so much to offer in the way of art, wine, restaurants, retailers, OSF, Britt and the vast array of galleries… there’s great potential for the many art communities to work as one to build a strong art mecca right here in the Valley.”

The desire to bring artists together has been brewing since Cammy’s move here a few years ago.  After getting involved in the local art scene, she couldn’t help but feel it needed a little something more.  At that time, the word “edgy” kept finding its way into her thoughts, which prompted an art show that would become, “Edgy in October.”  The idea was to pair local businesses with artists to create an event that encompassed all the towns in the area and was interesting enough to bring people from larger surrounding cities such as Portland, Seattle and San Francisco.  Cammy explained, “I wanted to see edgier, more thought-provoking art… I wanted to create interest from tourists when they heard about the event, and felt it should be an empowering, collaborative event, as well.”

This year “Edgy” is back and will coincide with the Downtown Medford Art & Sound Festival, for which Cammy is serving as “Art Director”.  She’ll also be actively involved with her own collaborative show with photographer Jon Vait called, “Connections.”  Its focus is on couples and what makes their relationships work… and in some cases, not work so well.  The goal is to have the viewers walk away questioning their own relationships and think about what they can do differently and about what they’re getting right.

When learning about Cammy’s past, one can see she gets her tenacity from her mother, a former #1 ranked Enduro racer who would proudly wear a ponytail to ensure, “the boys knew it was a woman beating them.”  Cammy’s childhood was spent reading and creating, rather than in front of a television screen.  “Life was fun as a kid, we were poor, but had all the tools of a creative life.  Dad had a workshop with every carpentry tool available and mom sewed.”  Cammy continues, “If I wanted something, I figured out how to make it.  I never thought of doing anything different than making things myself.”  Her self-reliant attitude remains to this day evidenced by her comment, “When I start a painting, I start by building the panel.  It just doesn’t feel like something I’ve created unless I’ve made the whole thing myself.”

As Cammy pursued each new challenge and creative adventure, she promised herself to have a “no fear” attitude, which led her to approach KSKQ 89.5 fm with the idea of hosting a radio show to promote the local art scene.  She got the “green light” so you can now catch her show on the first and third Fridays of the month from 1:00-2:00 pm.  This is a great chance to get updated on art and other events happening around town and to listen-in on Cammy as she interviews local artists.

Editor’s Note: Cammy Davis is the creator of our Town Map on pages 20 & 21.  Jacksonvillereview.com 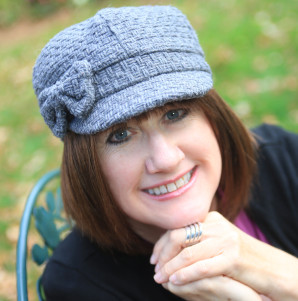